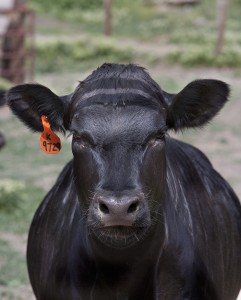 You may have heard the buzz over the last few years about the health benefits of wild salmon and other fish that have higher levels of omega-3 fatty acids. But did you know that there’s a “land meat” with omega-3/omega-6 ratios similar to those of wild salmon? In fact, this land meat not only contains as much, or even higher levels of omega-3 fatty acids, but without the possible negatives such as heavy metals (mercury, etc) and PCBs frequently found in fish. It’s grass-fed beef and other grass-fed ruminant meats such as bison, buffalo, lamb, and venison. This type of meat is one of the healthiest forms of meat you can possibly eat. 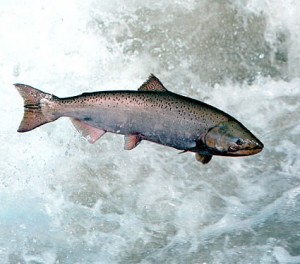 Many people will try to convince you that meat is not good for you. There may be some truth to that notion, particularly when it comes to the typical factory farm-raised meat, where the animals are fattened up with huge quantities of grains and soy (not their naturally a part of their diet), and given unhealthy doses of hormones and/or antibiotics. But when animals are healthy and eat the diet they were naturally meant to eat, the meat is actually quite healthy for us. It often surprises people that not only are grass-fed meats a super-high quality source of muscle-building proteins, but they’re also a great source of healthy fats.

Take beef, for example. When cattle eat mostly grain and soy, the fat composition of their meat becomes higher in inflammatory omega-6 fatty acids (most of us already consume too much omega-6) and lower in beneficial omega-3 fatty acids, which is typically lacking in modern diets. On the other hand, when cattle eat mostly grass instead of grains and soy, their meat becomes higher in omega-3s and lower in omega-6 fatty acids, achieving a more natural balance of omega-3 to omega-6 fats. In addition, grass-fed beef also contains much higher levels of conjugated linoleic acid (CLA), which has shown some promising benefits in studies for losing body fat and gaining lean muscle mass.